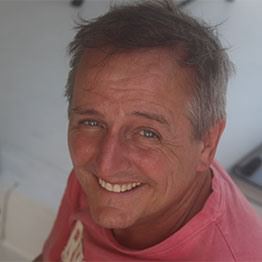 
Casualty 24/7 Series 3 & 4 (C5).
Looking into the frantic shifts of the medics at Barnsley Hospital.

The Yorkshire Vet, Series 1,2,4,5 & 6 (Ch 5). (Award Winning)
C5’s most popular series accompanying the Vets of the great Herriot Surgery on their touching adventures with both domestic and agricultural patients.

A forensic, but fun look at many of the UK's most iconic manufacturers.

Tonight with Trevor McDonald/Julie Etchingham (ITV). (Award Winning)
I’ve edited over 350 episodes, the vast majority of which I’ve also track-laid and sound mixed. There are too many Tonight’s to mention, but began on the first show, the award winning Lawrence Five, The Cheating Major and MeToo Sexual Harassment. I've also produced/directed a few Tonight films.

Winners, Brass (Sky 1).
1 hour Obs-doc examining the competition between 4 bands as they search for glory at the Brass Band Championships.

Rip Off Britain (BBC1).
Gloria Hunniford and friends expose sharp traders and give great tips in this consumer crusade.

Real Crime (ITV).
Including the story of Gary Newlove, husband of Lady Newlove who was beaten to death by drunken youths.

I also edited approximately 30 World In Action films, Y Byd Ar Bedwar for S4C and for variety, some Indonesian news and entertainment shows during a 4 month contract in Jakarta.


Nella Knightly (Nickelodeon).
Animated pre-school stories of a Princess who can transform into a Knight with special powers in order to right any wrongs; cutting with a great script designed to engage both children and their parents.

Countrywise (ITV).
An opportunity to discover some of rural Britain’s secrets.

Delia’s Cookery School (Online).
Delia back to her best giving clear, concise tuition to the nation

May the Best House Win (ITV).
Daytime cult show enjoying a look around other people’s houses.

A peek into the wonderful minds of these children's authors.

Geordie Shore (MTV).
A hideously prurient, but addictive look into the hedonistic lifestyle of a group of Newcastle night owls.

Hot Like Us (BBC3)
Model couples strive to achieve in various challenges and photo shoots.

There`s No Taste Like Home (ITV)
Combining genealogy and cookery with Gino D`Acampo.

This Morning (ITV).
During its halcyon period for around 3 years in Liverpool and again in London. I was also director/editor on several strand series including: Alistair Little’s Cookery School in Umbria and the Chelsea Flower Show with Monty Don.

A movie shot on 35mm and cut on Film Composer. It had a budget of around £100,000 and was released and distributed on DVD. The storywas about a gang of paving stone thieves who manage to get the upper hand on their Fagin-esque boss.

Several blocks of this British staple.


A series of comedy adverts for Cash Generator and Iceland ad development.


Studio Director on Granada Tonight and Granada Satellite Channel shows for about 2 years.

Producer/Director on a few Tonight films, This Morning strands and a lovely documentary, Island of Dreams filmed on the Isle of Man about tax exile Mills & Boon authors for ITV.