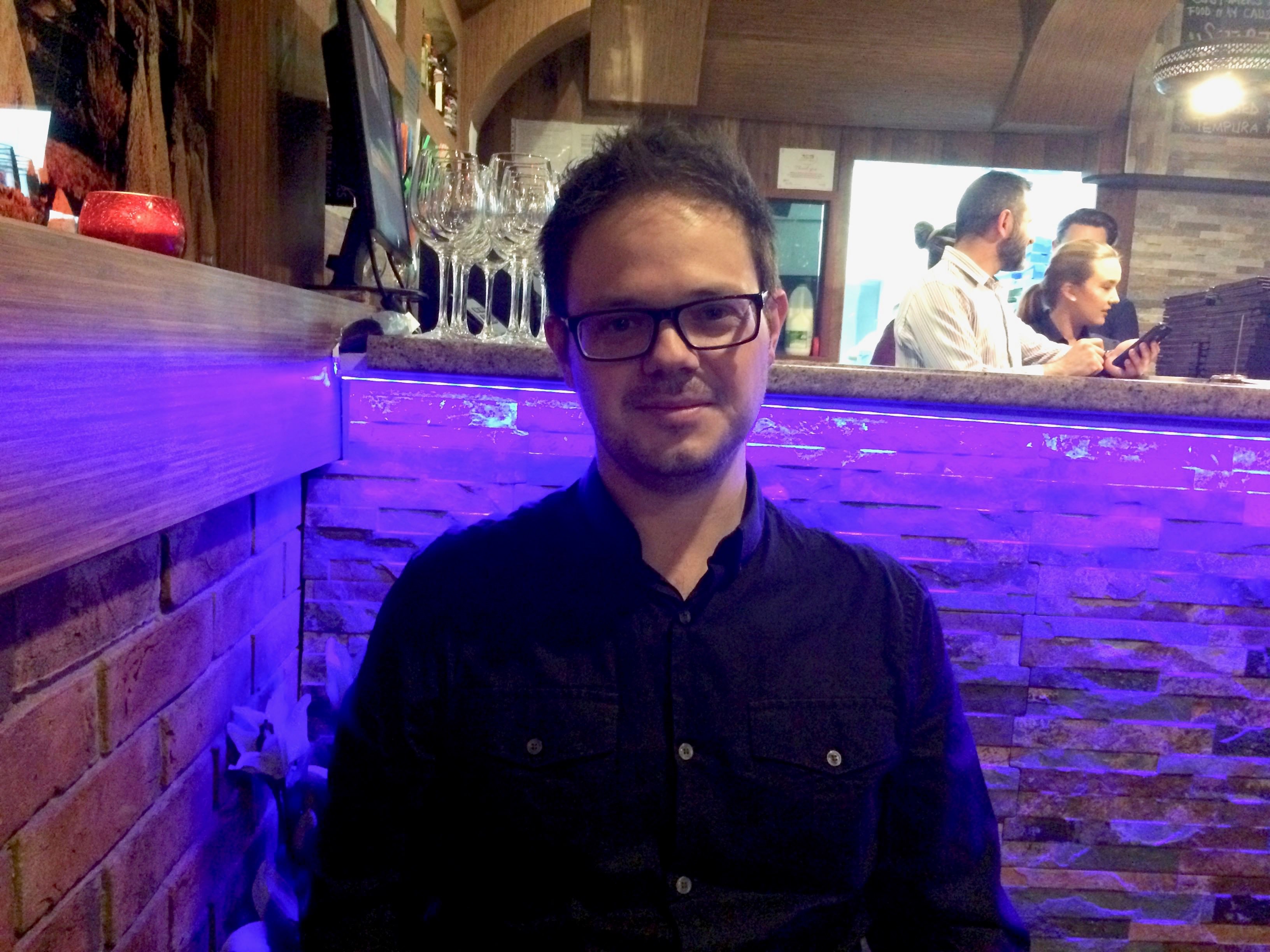 
A New Life In The Sun - True North

An observational documentary following the daily lives of the vets of the PDSA in Liverpool.   2 episodes

An observational documentary based in Benidorm to be shown in 2016. We follow several expats as they make a life for themselves in the sun.

Party House - E4
A TV show first, structured reality series E4’s Party House captures the essence of all of this, as each week a different group of friends are given the keys to an empty mansion and 24 hours to throw the party to end all parties – each with their own reason for doing so. Memories are made, emotions run high and relationships are healed and broken, as in each episode a high-octane dramatic narrative unfolds.

Desperate Scousewives - E4
A Spin off of ‘The Only Way is Essex. Following the next generation of Liverpudlians determined to show the UK just what they're all about. Behind the blonde hair, 'Scouse eyebrows', football matches and club nights are real guys and girls determined to make a name for themselves, work hard and achieve a dream no matter how big or small.

Theres No Taste Like Home - ITV
Gino D'Acampo is on a mission to prove that "There's No Taste Like Home". He is helping three home cooks re-create a fantastic family recipe in a professional kitchen for paying diners. The winning dish, judged by Gino, will have the honour of staying on the restaurant's menu for an entire month from the date the show airs.

Ten Years Younger – C4
C4 Prime time makeover show presented by Myleen Class. Contributors in need of TLC are handed over to Myleen and her team to make them look ten years younger with sugary of new make up.

Celebrity Ghost Stories x 3
Talking Head 1 hr show. Celebrities talk about ghostly experiences at some point in the life - From the makes of Most Haunted with Yvette Fielding.

Spice Girls On Trial
A one hour talking head documentary allowing the public to vote on whether or not they want the Spice Girls back. Interviews inter-cut with archive.

100 Greatest TV Treats C4
20 Inserts (2 series). Channel 4's annual celebration of unmissable TV. Clips from the past year are looked at and the best TV treat for the previous year is voted for by the public. With talking head interviews from celebrities as well as archive material.

Dallas SWAT – Virgin TV
An observational documentary following the LA Swat Department in the US. Footage from actual SWAT raids inter-cut with mission setups and after-thoughts

The History of the Costume Drama – Affairs of the Heart – ITV 3
A 1 hour programme in a series of 4 looking at the history of costume drama. This episode focusing on love and sex within the storylines. Talking head interviews inter cut with archive.

100 Greatest Albums C4
35 Inserts. A celebration of the greatest albums ever made. A countdown to the public’s favourite songs and reveals why and how each album came about. With talking heads from celebrities and archive material.

Holidays From Hell ITV
8 eps. A look at what goes wrong when people book holidays. From sewerage in a pool to being booked into a hedonism hotel.

Costa Living ITV
4 Inserts. A series following the lives of four families. Each one wanting to start a new life in the south of Spain. Two families were setting up big business in Spain while the other two were just setting off and hoping to find work when they got there. Interviews and actuality cut together.


The Man Who Conquered The TT - ITV 4
The Isle of Man TT is the most dangerous race in the world. Since its inception 237 riders have died trying to tame its narrow country lanes. On May 30th 2000, pub landlord Joey Dunlop won the race for a staggering 26th time. He had made this dice with death his own.

Madness In The Desert - BBC 4
In 1977 French motorcyclist Thierry Sabine was in serious trouble, lost in the Libyan Desert and dying from thirst. Whilst most men would weep and think back over their lives, Thierry thought about coming back - to do a rally across the Sahara Desert. The 9000km Paris-Dakar, the world's craziest race, was born.

Shopping From Hell ITV
A one-off documentary visiting the lives of four different ‘shop-a-holics’ and looking at the considerable debt each of the individuals were in - as a result of spending on credit cards. The programme also looked at how they were going to pay off the debt.

Lottery Liar ITV
The amazing story of painter & decorator Howard Walmsley, who pretended to his wife, family & friends that he’d won £8.9 million on the lottery. He got away with his whopper for nine months until the law caught up and he was thrown into jail for three years.

Everyman ‘Priest Idol’ BBC
A series of three programmes following a church in Doncaster and how the new priest attempted to raise attendances. By employing a marketing company he sets out to make church fashionable, by introducing ‘church lite’ an easy going, cut-down church service.

Harewood House ITV
A one-off 30 min documentary about Harewood House in Yorkshire. Observing the preparations for a function being held at the house that evening.

PD Teesport ITV
A one-off documentary about the running of Teesport in Newcastle. Following customs, we see the day-to-day troubles a customs officer has to face, from illegal imports to people- smuggling!

Hollyoaks C4
100 eps of this popular drama. Set in and around Chester with a modern stylised feel

Emmerdale ITV
160+ 30min episodes of one of the UK’s biggest programmes.

Doctors BBC
12, 30min episodes of the daytime soap set in a doctor’s surgery.


For What It’s Worth
Antiques quiz show hosted by Fern Britton, assisted by antiques experts. Three pairs of contestants answer general knowledge questions, hoping for the chance to add antiques to their collections.

Countdown C4
More than 80 episodes of this popular game show. Hosted by the late Richard Whiteley and Carol Vorderman and subsequently hosted by Des Lynam.

Never Had It So Good ITV
Full series of this game show hosted by Matthew Kelly where celebrities had to go back into the past and remember old television and music from clues given to them in the form of video clips and sound bites.

Ninja Warrior – 2 Series
A brutal feat of endurance, Ninja Warrior sees a group of competitors’ battle through four grueling rounds as they attempt to be crowned a true champion.


The Furchester Hotel BBC
A children’s series aimed at three to six year-olds from CBeebies and Sesame Workshop. The sitcom follows a close-knit family of cheerfully incompetent Muppet monsters who own and operate an 'almost' world-class hotel.

Jungle Run ITV
12 eps. Two teams compete to find hidden treasure in a jungle. Tasks have to be completed and problems solved to unlock time in the final maze where prizes can be won.

The Ark ITV
12 eps. Kids educational programme made with puppets. We follow four forest animals on a journey of discovery around the world.

In The Night Garden Ragdoll TV for BBC
A magical picture-book place that exists between waking and sleeping in a child’s imagination. It is a place that is inhabited by a diverse community of toys that care for each other unconditionally

Guggenheim
Spoof interview and music video, commissioned by John Whiston for the leaving party of one ITV’s top executives.

Drama Show Tape
Promo for ITV for John Whiston to show investors and analysts all the drama commissioned by ITV.

Arts & Features Show Tape
Promo to show investors and analysts the type of programmes being made by the Arts and Features department.

ITV Launch Tape
A film commissioned by the Director of ITV productions for the re launch of ITV, to be shown to investors and ITV executives.

ITV Drama for Australia
A promo for ITV’s Chairman Charles Allen for the Australian arm of ITV.

Soap Awards Tape
A tape to celebrate the success of ITV at the soap awards.

Analyst Tape
A promo tape that was shown to city analysts for ITV.

4000th Episode of Emmerdale
A promo commissioned by the series producer of Emmerdale, Kathleen Beadles, to be presented at a party to celebrate 4000 successful episodes of Emmerdale.

Drama Montage
A montage for John Whiston to be shown in a meeting about drama content.