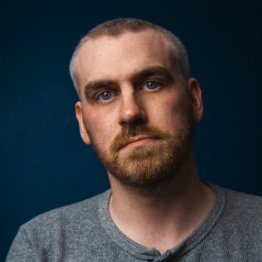 Reprising my role as all in one Editor to return for the fourth series and continue my unbroken run with this show was an absolute pleasure. The series continues to bring the laughs, playing on the popular Educating... format, combining it with an ensemble comedy sketch show.

The role included being responsible for rushes prep, Offline assemblies, Online Edit and additional content editing. I was editing from day 1 of principle photography and saw the project through to the final delivery of the Master Files.

Reuniting with the International Emmy award winning team at Libra TV I was brought in to put the finishing touches to this documentary as the Online Editor & Colourist. It was a tight turnaround and I worked closely with the Director to produce a subtle grade to reflect the reality of Shane Thomas' (a pianist hailed as Britain's answer to Mozart) journey.

Tackling the grade for the third season of this award-winning show that shines light on some of Australia's most notorious crimes was about enhancing the dark mood of the show. Featuring exclusive interviews with contributors who have never before spoken about their roles. After an initial Grade session experimenting with several looks, we got the go ahead to grade a 10 episode run of the crime investigation series

My Life: My Dog Ears

All Creatures Great and Small