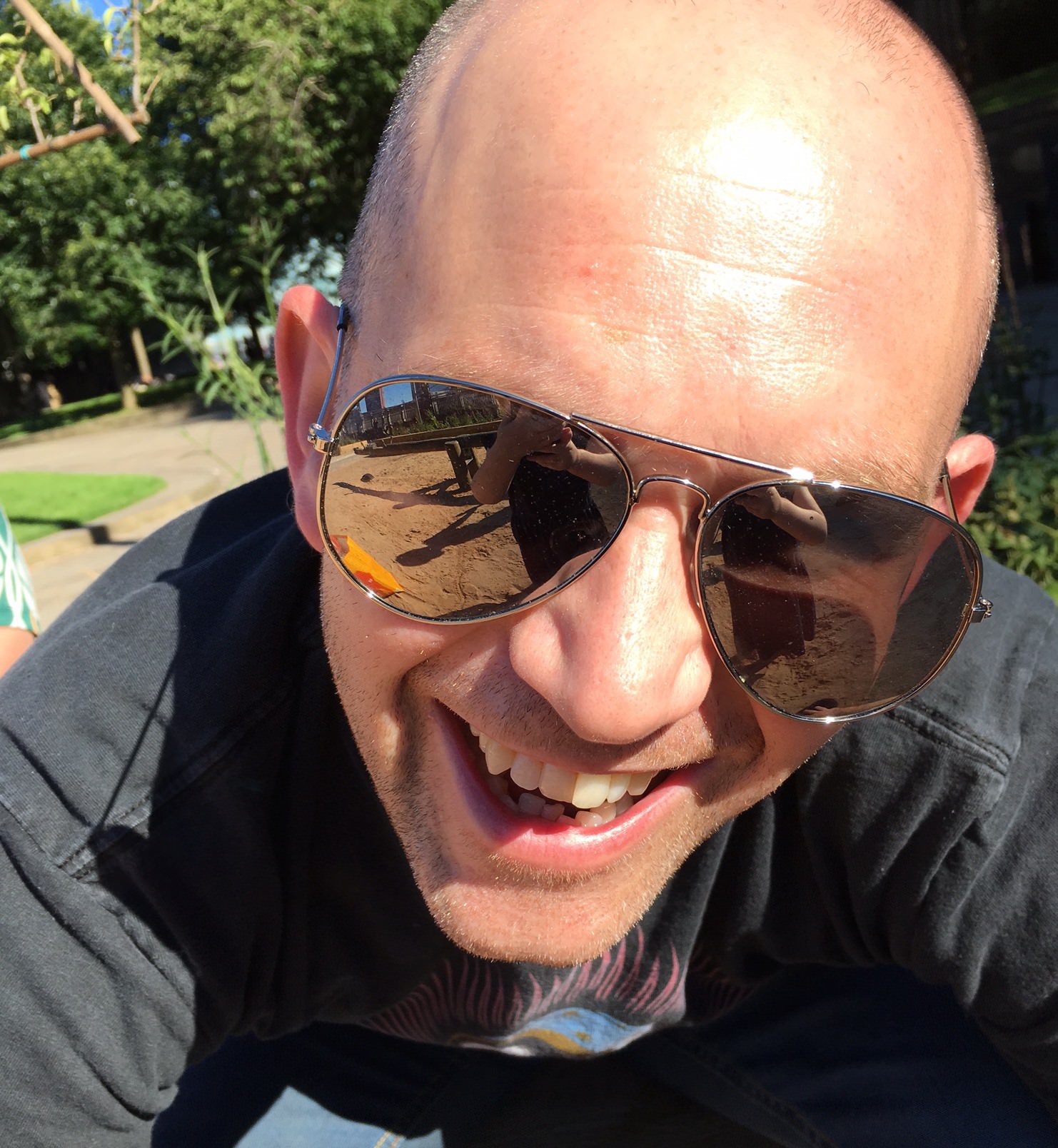 
Bargain Loving Brits By The Sea (Channel 5, 3x60", SP Kylie Raynor, 2020) Ob doc following the lives of people living the high life on a low budget at the British seaside.

Smart China 3 (Discovery Asia, 3x60", PD Sam goss, 2020) Scientific innovation in China has propelled it to the forefront of future shaping the world. This sereis looks at those achievements and how they will improve our lives.

Tonight (ITV1, 5x30" Various PDs, 2019) Tackling subjects like ghost broking, suicide in the elderly and the coronavirus outbreak, Tonight is the programme that gets to the heart of what matters most to viewers.

Naked Attraction (Channel 4, 3x60", PD Lou Smith, 2019) The dating show that starts where the best dates end: naked. Using just naked attraction the hopeful singletons choose a date but will the chemistry still be there when the clothes go back on?

The Real Housewives Of Cheshire (ITVBe, 1x60", PD Joel Orme, 2019) The girls head to Dubai for a break but wherever they go arguments follow and it's not long before Dawn is seething.

Home Is Where The Art Is (BBC1, 4X45", PD Gareth Williams, 2019) Three artists compete to win a commission from a mystery buyer by snooping around the buyer's home. Will the winning artist make a sale?

China's Startup Revolution (Discovery Asia, 3 x 60’’, PD Sam Goss, 2017) As China looks to new technologies to cement it's future as a world leader the entrpeneurs at the cutting edge of this revolution reveal how their inventions will change our world.

Climbing The Property Ladder (Channel 5, 1 x 60’’, PD Andrew Nicholson, 2016) Climbing the property ladder can be tough but just one sale can change a developer's life forever.

Countrywise Guide to Great Britain (ITV1, 15 x 30’’, PD Ali Mcbride/SP Ruth Binsley, 2016) Join Ben Fogle and Liz Bonnin as they celebrate the Great British countryside and all it has to offer.

Dragons Den: Series 15 (BBC2, 1 x 60’’, PD Sue Brody, 2016) Hopeful entrepreneurs seek investment for their businesses but will they be toasted or roasted?.

Marrying Mum and Dad: Series 5 (CBBC, 5 x 30’’, PD Rich Makinson, 2016) The kids take control of Mum and Dad's wedding and get up to mischief as they do things the untraditional way.

Children's Hospital: Your Child in Their Hands (Channel 5, 4 x 60’’, SP Maggie Sutcliffe, 2016) It's tough for any child to be admitted to hospital but it's just as tough for the parents. How do they cope as their children are treated at Manchester Children's Hospital.
WINNER RTSNW Best Factual Series 2016.

Onstage At The Everyman (BBC1, 1 x 30’’, PD Ged Clarke, 2015) A look behind the scenes of Liverpool's famous theatre with stars past and present.
RTS Awards Shortlist.

Dragons Den: Series 14 (BBC2, 3 x 60’’, PD Rich Makinson, 2015) Entrepreneurs pitch for an investment from some of the UK's most successful businessmen and women.

Marrying Mum and Dad: Series 4 (CBBC, 6 x 30’’, PD Rich Makinson, 2015) The kids are put in charge of Mum and Dad's wedding. They need to choose outfits, a venue, entertainment, transport and of course a cake. But will Mum and Dad be happy?

Call The Council: Series 2 & 3 (BBC1, 6 x 45’’, PD Alex Hounslow, 2014) The officers of Tameside and Wigan councils work hard on a tight budget to serve and protect their residents.

American Million Dollar Princesses (Smithsonian Channel, 1 x 60’’, PD Craig Collinson, 2014) The real story of the American heiresses who inspired Downton Abbey, trading class for cash they married in to the British aristocracy. Some found love but for Consuelo Vanderbilt her marriage was hell on earth.

Perspectives: Magritte The Man in the Hat (ITV1, 1 x 60’’, PD Michael Burke, 2014) Will Young steps into the surreal world of Rene Magritte to look at his life, his work and his legacy.
RTS Award Shortlist.

Call The Council: Series 1 (BBC1, 5 x 45’’, PD Ali Mcbride, 2014) The officers of Tameside Council work hard on a tight budget to protect and serve their residents.

Benidorm ER: Series 3 (Channel 5, 4 x 60’’, PD Gareth Williams, 2013) Staff at Clinica Benidorm try to get Brits abroad back to their holidays in the sun.

The Briefs: Series 2 (ITV1, 2 x 60’’, PD Janice Finch, 201) Tuckers criminal defence lawyers once again introduce us to their client list. This time around they defend a Salford lad accused of armed robbery and a conman who allegedly posed as a doctor.

Panorama Disabled or Faking It? (BBC1, 1 x 30’, PD Julia Berg/Kate Ansell, 2012) Is the Work Capability Assessment taking benefits away from those that need them the most?

VIP People (CBBC, 1 x 30’, PD John Deol, 2012) The English National Ballet and street dance crew Flawless collaborate on a project but will they be able to pull it off?

AFTER THE FINAL WHISTLE (BBC1/Northstar Productions, 1 x 50’, Dir: Ged Clarke, 2012) Michael Vaughan looks at stories of retirement and sport.  How do top class athletes cope when the buzz of competition leaves their lives?

GEORDIE SHORE Series 2 (MTV/Lime Pictures, 1 x 60’, PD Manus Wynne, 2012) The gang are back in The Toon for yet more booze and bangs as the reality show continues.

THE PLANET DINOSAUR FILES (CBBC, 6 x 30’, PD James Millar, 2011) Jem Stansfield looks at some of the new dinosaur discoveries of the last 20 years - a jaw dropping cast of creatures, bigger, weirder and deadlier than we’d ever imagined.

EMBARRASSING BODIES Series 4 (Channel 4/Maverick, 2 x 60’, Edit Prod. Sarah Trigg, 2011) The nation’s favourite doctors hand out advice and uncover the body parts most of us would be too embarrassed to show.

MOST ANNOYING PEOPLE 2011 (BBC3/Shine North, 1 x 180’, PD Rich Makinson, 2011) The list show that takes a look at the people and stories that have annoyed us over the past year.

EMBARRASSING FAT BODIES (Channel 4/Maverick, 1 x 60’, PD Paul Kittel, 2010) The doctors return for 4 specials looking at the embarrassing medical problems that are caused by being overweight.

TEACHER IN THE HOUSE (BBC 3/ Lime, 1 x 60’, Edit Prod. Marina Wasarma, 2010) A wayward teenager gets the shock of her life when her mother hands over control of the family home to her teacher in a bid to improve her behaviour.

THE LAKES Series 1 (ITV1/Shiver, 2 x 30’, PD Sally Evans/Louise Ireland, 2009) Popular show that follows the characters who live and work in the Lake District.

GROUND WAR (PBS/Discovery, 2 x 60’, PD James Millar, 2009) A series examining  the evolution of the battlefield.
Firepower: tracks the development of artillery through the ages.
Command and Control:  examines how armies have used the terrain of the battlefield to their advantage.

SECRETS OF BODY LANGUAGE (History Channel/ITV, 1 x 90’, PD James Millar, 2008) Body language communicates everything we need to know about the rich, the powerful and the famous. History shows you how.

CREDIT CRASH BRITAIN (BBC2/ Quicksilver Media, 1 x 30’, PD Julia Berg, 2008) The Money Programme looks out how our bank balances will be affected by the credit crunch.

CHINA BOUND (Discovery Asia/ITV, 2 x 60’, PD Ruth Swarbrick, 2007) As China gears up to host its first Olympic Games cameras go behind the scenes to find out how the athletes, designers and scientists use technology in the pursuit of excellence in 2008.

INSIDE KILLER SHARKS (Sky 1, 1 x 60’, PD James Millar, 2006) Presenter James May faces his fears as he enters the territory of nature’s ‘perfect predator’ to find out what makes them tick.

NAKED SCIENCE: ICE AGE MELTDOWN (National Geographic/ITV, 1 x 60’, PD Emma Hawley, 2006) As our planet heats up scientists learn about the past to help us cope with the future.

WORKING THE SEA (BBC 2, 1 x 30’, PD Ged Clarke, 2006) The programme follows the officers and cabin crew of the Isle of Man Steam Packet - the oldest passenger shipping line in the world.

BATTLEFIELD DETECTIVES Series 3 (The History Channel, 3 x 60’, PD James Millar, 2005) Famous battles are analysed using modern day science to uncover how they were won or lost.
The Siege of Masada: How the Roman Empire crushed the Jewish revolt in the first century AD and how in the end the rebels chose death over slavery.
The 6 Day War: Eyewitness testimony, unique access to secret military plans and weapons testing reveal the story of how Israel won The 6 Day War.
The Siege of Alesia: Archaeological discoveries, analysis of Roman warfare and extraordinary photographic evidence reveal how Julius Caesar’s army of 50,000 Romans defeated 250,000 Gallic warriors.

IS THIS THE WORST WEATHER EVER (ITV 1, 1 x 60’, SP Mark Jones, 2005) As our weather becomes more and more unpredictable the stories of those who have survived the worst the weather has to offer.

WHEN KEN MET DEIRDRE (ITV 1, 1 x 60’, PD Kim Hughes, 2005) With a romance that has spanned decades actors Anne Kirkbride and Bill Roache prepare to take their characters down the aisle again.

FAREWELL CHARITY (ITV 2, 1 x 60’, PD Vernon Antcliffe, 2005) This special documents the highs and lows of one of Emmerdale’s greats.

ASCENT OF MARS MOUNTAIN (Channel Four/Moonbeam Films, 1 x 60’, PD Greg Lanning, 2003) Brian Blessed leads a team of climbers as they simulate what it would be like to climb the highest known mountain in the universe – Olympic Mons on Mars.

NATION ON FILM ‘KING COTTON’ (BBC 2/Northstar Prods, 1 x 30’, PD Ged Clarke, 2003) A trip back to the time when cotton was king and the industrial revolution was taking place in Manchester.