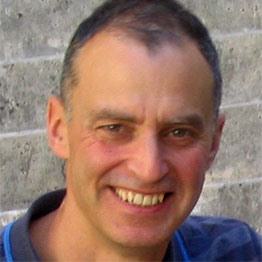 
In the last eighteen months, I have worked with all the main Manchester agencies, TBWA, McCanns, Cheetham Bell, Love and Driven. I have edited over 2000 commercials and worked with many top directors over the years, including Hollywood directors Alek Keshishian and Michael Caton Jones. I have also worked on top brands including Adidas, Nike, Sony and Coca Cola. I consider myself to be a creative editor but also a technically safe pair of hands so that everything is thought through during the whole post-production process and not just the edit.


I have won Best Editor three years in a row 2006-2008 at The IVCA awards for my work with Daryl Goodrich. Our clients have included; LOCOG (London 2012 Olympic Committee), Eurostar, PWC and many more blue chip accounts.


I have edited over a hundred pop videos for a wide variety of directors and artists, who include Boyzone, Savage Garden, Ian Brown, Super Furry Animals, Louise, Eternal and many more.


Credits include, Crimewatch (over fifty crime re-constructions), T4, a BBC 3 documentary titled “Who the F@*k is Pete Doherty. And most recently a documentary about the 2022 FIFA World Cup for Sky Sports a titled "Gary Neville in Qatar".

I have also edited several short films and have just finished the off-line for a comedy pilot for Channel 4.

Although the majority of my work has been commercials, I am just as comfortable with longer formats and I have a strong passion for drama, comedy and well written scripted dialogue. I am currently working on a couple of short film projects, which are both dialogue driven.